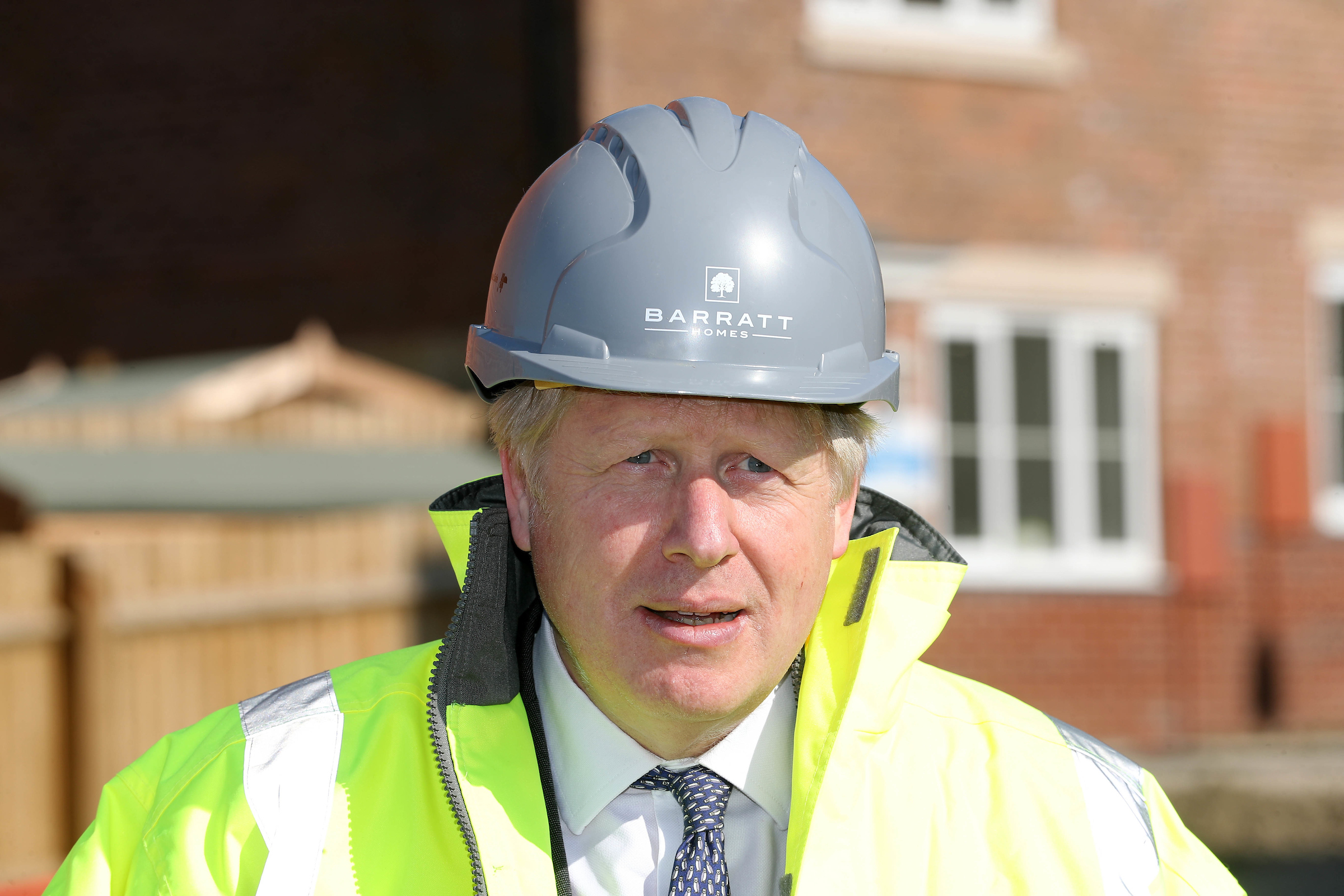 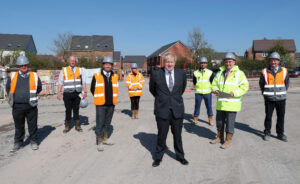 First announced in the Budget, the 95% mortgage guarantee went live on Monday 19 April, with lenders including Lloyds, Santander and HSBC now offering the deal.

During the visit, the Prime Minister said: “People want to live here. Why wouldn’t you? It’s beautiful.

“This is a wonderful development but there are opportunities across the country people are currently missing because they are forced into rent when they could be getting a mortgage. I hope more people take this scheme up.”

After a welcome from Regional Managing Director Bernard Rooney, Site Manager Peter Donnachie led the tour while apprentices Jack Smith and Oscar Graham gave the Prime Minister and Stroud MP Siobhan Baillie some bricklaying lessons. Before he left, Mr Johnson also met first-time buyers Oliver and Daisy, who had benefited from Help to Buy and, as a submariner, our armed forces discount.

Russell Glimstead, Managing Director, said: “It was great to welcome the Prime Minister to Great Oldbury this week, where he spent lots of time talking with the team and our customers.

“The new mortgage scheme which launched this week is for all buyers, so is not limited to first time buyers and should be for both new and existing homes up to £600,000, which is really positive.”

As well as the changes to Help to Buy, which is now for first time buyers only and subject to a regional price cap, the new product aims to support lending at higher loan-to-values, a product which many lenders withdrew at the beginning of the pandemic.

So far Lloyds, Santander, Barclays, HSBC and NatWest are all offering the loans, while Virgin Money will begin offering them next month. However, some lenders, including Barclays, have said they are not applying them to new-build homes.

Barratt Homes is building 262 homes as part of the Great Oldbury site, with David Wilson building a further 138. The total site, which includes other housebuilders, will eventually contain more than 1,300 houses.

Around 35 per cent will be affordable housing with a new school, mixed-used local centre, community hall, sports pitches and employment space.