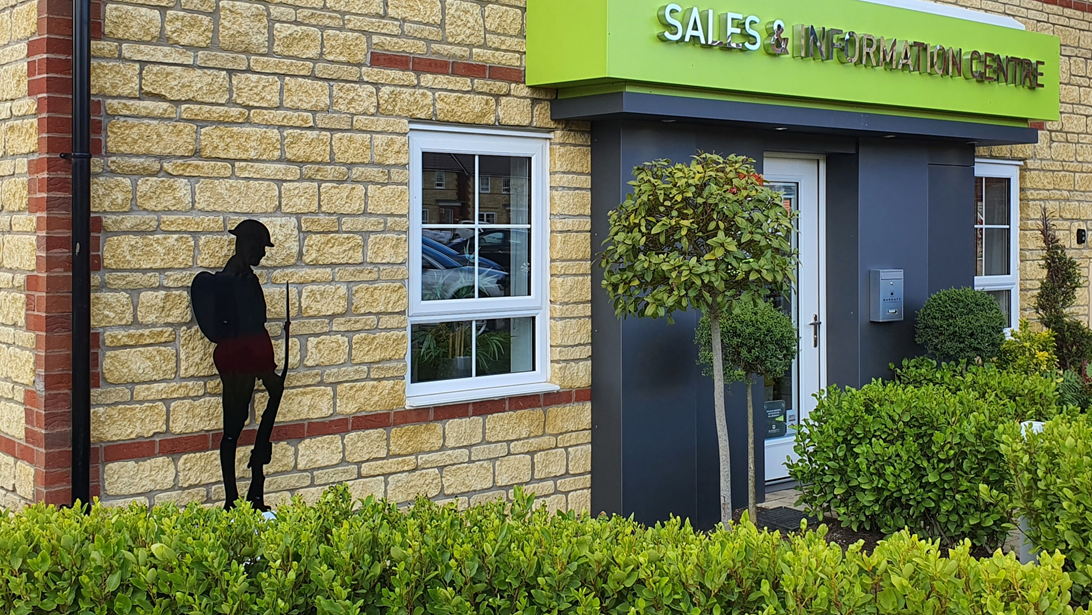 More than a dozen commemorative Tommy figures have been installed in our Show Home gardens across the south west ahead of VE Day on Saturday 8th May.

We are the first corporate patron of the new Tommy Club, a fundraising initiative launched by the Royal British Legion Industries charity (RBLI) to raise money to support armed forces veterans.

The Barratt Group has donated £100,000 to the Tommy Club and has purchased 300 full size Tommy figures to show their support for the charity. The Tommy Club is a membership organisation with all money raised going to help veterans of all ages to gain independence and overcome challenges including mental and physical disability.

Assistant site manager and former corporal in The Rifles Trevor Underwood, who is managing the construction at Ladden Garden Village in Yate, served for over seven years in infantry regiment 2 Rifles including in Afghanistan. He began working for Barratt Homes four years ago under the company’s Armed Forces Transition Programme.

“It’s a real honour to be able to put the Tommy figure in pride of place in our show home garden at Ladden Garden Village and to see them going into our developments across Bristol, Gloucestershire and the South West. I’ve been very fortunate to start a new career with Barratt Developments after leaving the army five years ago, but it’s not always an easy transition for everyone. The RBLI does fantastic work improving the lives of people who have given so much and we’re proud to be able to support their work.” 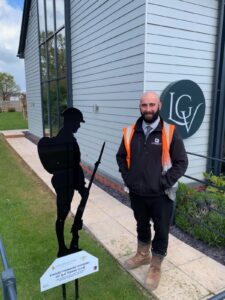 The term Tommy was coined during WWI when German soldiers would call out to ‘Tommy’ across No Man’s Land if they wanted to speak to a British soldier.  The Tommy figure, with head bowed, has become a universal symbol of gratitude and commemoration to all those who have served in the armed forces.

Each garden Tommy is put together by veterans working for the RBLI’s unique social enterprise; Britain’s Bravest Manufacturing Company, which creates more jobs for ex-armed forces personnel and raises crucial funds for the charity. The RBLI has been providing jobs, homes, and mental health support for ex services personnel throughout the worst of the current pandemic.

“We’re incredibly proud to be the first corporate sponsor of the Tommy Club. We have been really moved and impressed by the amazing work the RBLI does providing rehabilitation centres, adapted apartments, nursing care, employment opportunities and emergency accommodation for homeless veterans. This is a cause we know is important to lots of our staff, many of whom have proud military careers themselves, and to our home buyers. We hope that by installing these iconic figures in our show home gardens we can inspire more people to join Tommy Club. “